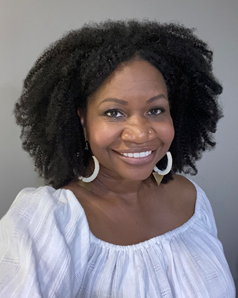 Note: Meeting url and password will be sent to all registrants prior to event

Summary: In this talk, Dr. Cooper Owens will examine how slavery and the forced reproductive labor of black women helped to facilitate the development of modern American gynecology.

Speaker Info.: Dr. Deirdre Cooper Owens is the Linda and Charles Wilson Professor in the History of Medicine and Director of the Humanities in Medicine program at the University of Nebraska-Lincoln. She is an Organization of American Historians’ (OAH) Distinguished Lecturer, a past American College of Obstetricians and Gynecologists Research Fellow, and has won a number of prestigious honors for her scholarly and advocacy work in reproductive and birthing justice. A popular public speaker, Dr. Cooper Owens has spoken widely across the U.S. and Europe. She has published articles, essays, book chapters, and think pieces on a number of issues that concern African American experiences and reproductive justice. Her first book, Medical Bondage: Race, Gender and the Origins of American Gynecology (Univ. of Georgia Press, 2017) won the 2018 Darlene Clark Hine Book Award from the Organization of American Historians as the best book written in African American women’s and gender history.

Questions about this event, email: SpecialCollections@uthscsa.edu